In our previous posts, we have highlighted the importance of play in the development of our children. For children with special needs, especially children with autism, play does not come naturally. They play toys in a rather unusual way, different from their peers. Many of our parents have described their children’s play to be repetitive, inflexible and does not show any form of imagination or pretend play.

Children who are diagnosed with Autism Spectrum Disorders (ASD) tend to see the world with a concrete and literal view. Thus, they may have difficulty understanding concepts that are abstract and imaginative. Children with ASD can spend hours spinning the wheels of a car, watching propeller of a fan, stacking blocks of a certain colour, opening and closing doors, or even lining up of coins or sticks in a perfect line. But they refuse to pick up toys meant for pretend play such as dollhouse with cooking or eating sets.

But is this wrong? Should we stop them from doing so?

Understanding the play of children with ASD

Children with ASD can play very much like any other child. However, it is not always in the way we expect them to. Spinning that wheel may seem boring to some but for others, it is an exciting way of exploration and learning about the world. Children with ASD prefer to engage in play that provides strong sensory feedback, is predictable, has cause and effect results and repetitive motions.

So, when we see a child lining up cars rather than pushing them around in a track, what do we do?

Let us all remember that play in children develop in stages. Such unusual play does not mean he is playing the cars wrongly but rather, his play skills are still underdeveloped and he may be stuck in that stage for a prolonged period of time. Thus, it is important for us to know the reasons why their developmental stage do not move on further.

But why can’t my child move further in his play?

You may have heard this sentence over and over again from your child’s therapists and teachers:

“Every child with autism is different from one another.”

There are many underlying reasons why our children get stuck at a certain stage of play. And it may vary with every single child. 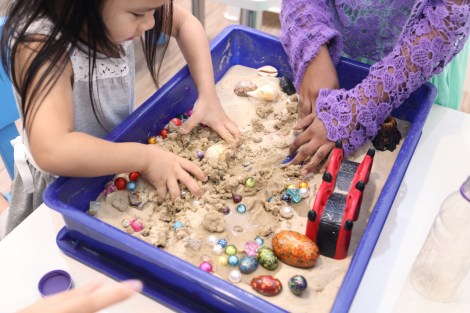 2. Hyper focus. Some children with ASD are hyper focused on details thus, seeing the bigger picture entails more effort from them. If a child likes to line up cars for hours, his attention will become intensely immersed in such activity that he becomes oblivious of what is happening around him. Such behaviour almost always get in the way of his learning. As a result, many of our children miss out new ideas and proper ways of playing an object. 3. Communication. Another area that children with ASD face a lot of difficulty with is communication. When communication skills are limited, it becomes harder for a child to ask for help from other people. Thus, they would rather repeat the same activity over and over again than be challenged with expressing themselves. 4. Perseveration. This means that a child thinks about something, does things and responds to things repetitively, such that it goes beyond the point of usefulness. For example, banging a toy on the wall to turn it on even though it is not working. Or asking the same question over and over again even though it had been answered several times. When a child perseveres, it limits him from thinking about something new. 5. Rigidity or preference of a certain routine. Many children with ASD can memorise the route going to their school better than their parents. But when unexpected changes happen (i.e. heavy traffic, road constructions thus different route is taken), they have difficulty accepting these new events. Thus, tantrums and breakdowns arise. Another example is when a child who stacks blocks using the same pattern over and over again. Once a block is missing or when patterns are changed, he may display inappropriate behaviours, which can sometimes become aggressive. This fear of change and preference of routine is so daunting to most children that it prevents them from exploring the world. All children including children with ASD can and have the ability to play but in a way that are not conventional to what our society expects. But this does not mean that it is wrong nor it is dysfunctional. What they need is help and encouragement that can be provided by people around them. What they need is an open mind to see things as they see them.

Thus, your next question should be: How can I help my child develop his level of play?

Tune in to my next blog post to get your answers!

Do you observe other reasons why your child might get stuck in his play? Please share your thoughts in the comments section below, I would love to hear them! We Learn As ONE: The Benefits of Inclusive Education 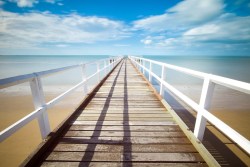 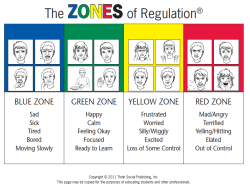