Helping Children Move Up in Their Level of Play

What should we teach our toddlers? Art and Visual Spatial Intelligence

Children with special needs almost always have issues in their play. During initial assessment in speech – language therapy, play is the first thing we observe. As Plato once said:

“You can discover more about a person in an hour of play than in a year of conversation.”

This rings true almost all the time! A child is at his/her most comfortable self when he/she is playing. Thus, it is best to observe his/her skills during play.

For most children with special needs, especially children with Autism Spectrum Disorder (ASD), play is one area that develops late. Some children get stuck at some point and have difficulty moving up. At this point, parents and professionals become frustrated reflecting as to what they did wrong and what they could have done better. This is not uncommon. I surely did experienced the same thing!

So over the years of working with children, I have learned few strategies that have helped me and parents, expand the levels of play of our children.

The most common answer I get when I ask this to parents is: “He doesn’t seem to be interested in anything” or “She plays with anything”. To help you answer this question, determine what toys or activities your child responds to. This includes exploring what self – stimulatory behaviours he/she engages in. Observe how your child reacts to things that they see, smell, hear or even taste. Observe how your child react to people. Try presenting different types of toys or things on various occassions and observe the reactions. Does he/she like things that spin? Does he like lining up cars? Does she enjoy playing swing? Does she like singing? The best way to answer this question is to continue exploring. Children’s interest change over time. They may like playing with a truck today but the following week, he may not even touch it.

What is your goal in play?

The most common mistake that we do when we try to play with our children is asking too many questions. Talking to much in play and narrating every single step that your child does during play can be overwhelming. When we join our children in play, always remember that the goal is for us to become part of his play and that he would allow us to participate in his play. This does not necessary require overly narrative.

How to help children who seemed to be “stuck” in their play?

Be aware that children will only play things that they are interested in. Once you have established their interests, establish a clear goal on what you want your child to do. At this point, it is necessary to not rush into things. Sometimes, we get too excited and try to achieve the next level too fast. Remember, children have unique ways of playing. Adjust your goals and expectations as necessary.

Below are few suggestions in expanding your child’s play.

1. Use the things the child likes to expand play. 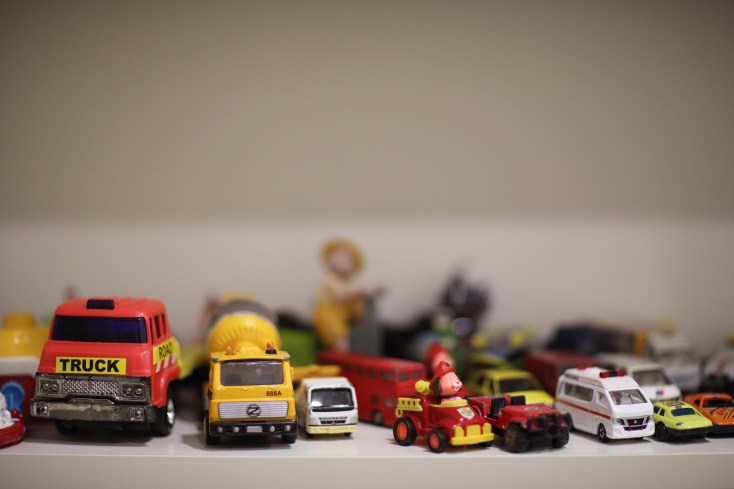 Use this idea to encourage him/her to be more open in playing with new toys by using the things they like as reinforcements. For example, if a child likes the opening and closing of doors, you may want to use toys with doors such as trucks with movable doors, dollhouse or mailbox that you can open and close. Some children can be fixated in opening and closing doors that their play does not expand much onto the next play sequences. Expand his play by adding new materials. Ask him to put some blocks in the truck and “deliver” it to an empty space to build a house. This sequence will give him opportunity to open and close the door at the same time expanding his sequences of play. If using the dollhouse, introduce small people or pretend to deliver the furniture in the house going through the door every time a “person” comes home or a furniture arrives. 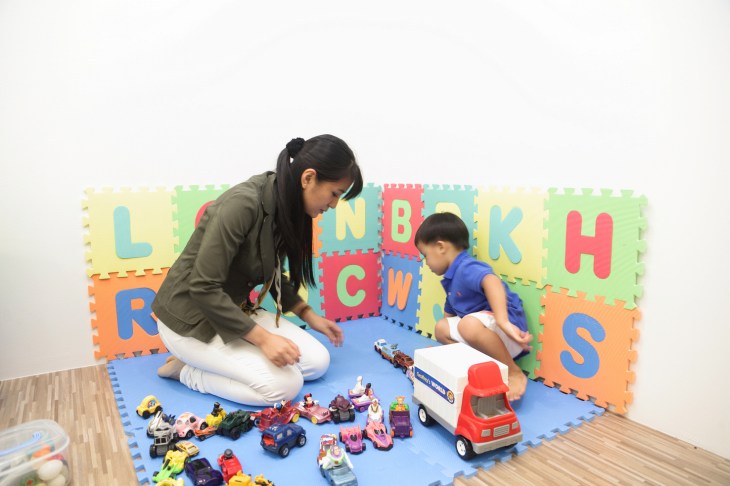 Playfully interupt his play by doing “pesky” actions. For example, if he likes watching the train run on tracks for a prolonged period of time, interrupt his play by putting your hand on the track to stop the train. Pair the action with a certain word (i.e. Stop!) to encourage learning a new word. If he reacts, then you say “GO!” before removing you hand. Repeat the same pattern for several times and observe his anticipation. Stop the play when he appears uninterested anymore.

3. Imitate what he is doing and create a game out of it. Some children are so focused in their play that they may not be even aware of other people’s presence in the room. But when they see other people imitating what they are doing, they become more aware of that person. For example, when a child likes running in the room from wall to wall, try to run together with him and imitate exactly what he is doing, then modify the actions to create some sort of a game. You can catch him and say “Stop!” or “I gotcha!” and establish an eye contact. Release him when he starts to squirm and say “Let go!” before letting him go. For smaller children, you can quickly catch and carry them up and say “Up! Up!”, then bring them down and say “Down!”. Sometimes, children need several repetitions before they understand the game. The only thing to remember is to stop when he becomes annoyed of the frequent interruption and does not show enjoyment of the game. 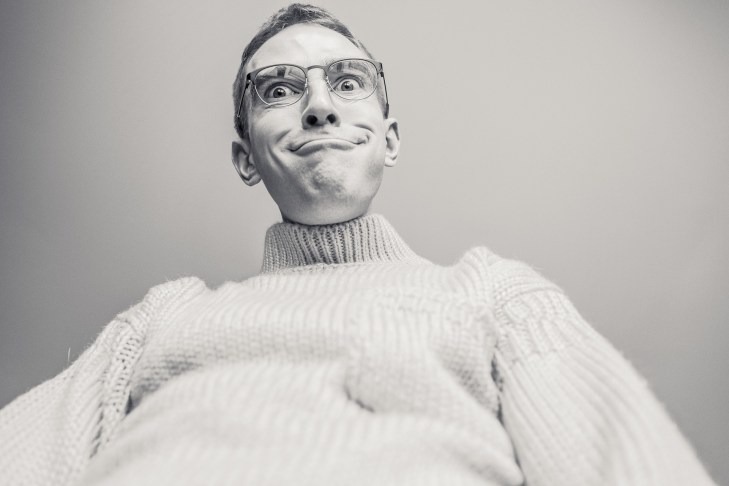 I have often emphasised to parents the importance of using animated voice and over the top facial expressions when playing with their children. Use loud and articulated voice, silly voice, open your mouth wider and your eyes bigger, exaggerate your stomping feet, make bigger movements with your hands and arch your eyebrows higher. This is your chance to be the greatest actor in front of your kids!

5. Introduce other characters or toys into his play. Some kids are fixated in playing specific toys over and over again because they might not know what is the next step after that. Try to introduce new characters or toys during his play. For example, if he likes stacking up blocks and knocking them down over and over again, you can ask him to build a “zoo” for the animals using the blocks as fences. Or add a cartoon character at the top of the tower he built. When he pushes is down, you can say “Uh-oh! Pooh fell down!”. More often than not, children get stuck in their play because they do not know how to play a toy. Some children need time to be around some toys before they begin using it. Start by playing the new toy yourself while your child is watching from a distance. You want your child to see how you play the toy without going near him. At this point, avoid asking him to look at you while you play it. You want him to pay attention to you and eventually coming over to where you are to join you in the play. It is important to note that you do not force your child to play when he is not ready.

Play is highly related to language especially at a very young age. So, remember to use language and verbal cues while playing with children. But, do not overdo it! When we play with our children it is very tempting to speed up the process of their learning and start bombarding them with series of questions and statements that they are not ready to digest. Instead, focus on your goal and be less directive. Give your child a chance to direct his level of play and in what direction he should go.

When playing, some children get too excited and restless especially when playing “stimmy” toys. It is advisable at this point to have a break from play and present a completely different toy. Do not allow him to be hyper focused on one toy, this will prevent him from opening up to new things.

These are only few suggestions on how to help your child move up in his level of play. I am sure you have a lot more tips and techniques done with your children. Please feel free to add them in the comments section below! We sure do love to hear them!