Introversion or Social Deficit: Where to draw the line?

In my journey of seeing children for social skills intervention, I have come to meet wonderful parents who has genuine concern with their children. And more often, they would have comments and descriptions about their children such as these:

“He is too quiet, we worry that he will be bullied at school”

“He is so quiet, we are not sure if he is able to work with other children”

There are group of students who are described as “quiet” by their parents, and may appear so in the first few minutes of our meeting but would eventually able to have one-to-one conversations with me or answer the questions I asked about themselves and their social circle. These students usually “passed the test” and most of the time, they do not need intensive intervention. At the most, I would provide some suggestions to parents where they can do some coaching at home.

On the other side of room, there are also some children who are definitely “quiet” upon meeting me, and they really struggle to tell me about themselves and have difficulties to answer my questions about their interests and their friends. And most of the time, this group of students need more help in their social skills.

Let’s assume that these two groups of children do not have issues in phonology, semantics, syntax, and morphology, except perhaps pragmatics. What is pragmatics? This is the study of the practical aspects of human action and thought. In other words, it is the area that govern the abstract day-to-day human interaction. So, going back to the two groups of students, I noticed that the second group usually will be detected with more challenges in using their social skills. This can be seen immediately during the first assessment session and they would inevitably need more intensive intervention to improve their ability to work with others.

I tried to study both groups of students and I did find several similarities. In general, both groups of students are quiet. Apart from that, they probably share some characteristics, such as having only a few close friends, they are self-aware (to a certain extent), they work by themselves mostly, and they do not like too much social interaction. Subsequently, I found that these characteristics are consistent with the traits of an introvert and lies the question: “How to draw the line between introversion and social deficit?”

I paid more attention to both of these groups and here are my observations. While discussing social interaction, introverts are more like: “I want to, I can do it but I choose not to.” That means people who are introverts are able to work with others but they have the preference to work by themselves or having lesser social interaction due to the body’s physiology. Psychologist Hans Eysenck suggested that introverts have a higher level of arousal and thus, can easily be overstimulated by surrounding. It is more of a preference. Speaking and working with people is rather a choice than a burden.

On the other hand, I noticed that children who have social deficits are like “I want to, but somehow I just can’t do it, and thus I choose not to do it”. It means these groups of students actually want to be with others, but somehow do not know how to do it and things do not happen successfully for them. The failing experience has started haunting them and they would rather not go too close to their friends. This is where the intervention comes in to guide them every step of their journey in improving their social skills. Many of them lack understanding in the social context and the ability to read social cues. Some explicit teaching in social skills training acts like a tool to rev their engine in pragmatic skills.

As social skills are about working with other people, being with other people, thus we highlight so much about social interaction. In my opinion, being quiet or not interacting with others intermittently does not violate the rule of social skills or defy the law of social skills. The constant act of asking children (especially those who are born introverts) to talk or the continuous demand in making them talk are rather unethical. For children who are introverts, adults can respect their own style in social interaction and for who they really are. For those who might potentially have a social deficit, we give them a hand to guide them accordingly. Nevertheless, social skills are also about behaving appropriately in different social contexts, without compromising one’s personality. So, if the context is a group discussion, children can learn to express their opinion in the group and learn to work with others, while staying true to their own personalities.

Social interaction can be an easy breezy task to some people but it can be daunting to others. But one thing is for sure, we can always learn to express ourselves while maintaining respect with each other.

Thanks for reading at HeadStart for Life Beyond Therapy! Hope to see you next time! 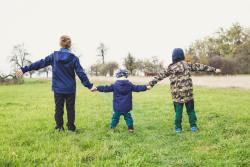 How To Survive Working With Your Young Ones At Home 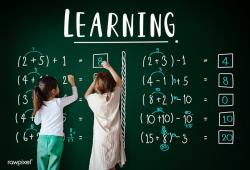 Simple Tips to Help Your Child Be Handwriting-Ready

Freya has been working with children with special needs for four years and has a strong interest in Social Skills Training. In her time with children, she believes that “Understanding the child’s ability is the key”. She is grateful for the opportunities to grow and learn together with all the children she has met and also to be their companion.